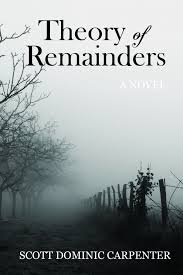 The three panelist of our December 11th evening program give a brief sense of the origins of their novels and the concept of storytelling:
On Theory of Remainders
By Scott Dominic Carpenter

Theory of Remainders tells the story of a father confronting a traumatic past. Philip Adler is an American psychiatrist who lived for many years in France, and the trauma he is trying—and failing—to recover from is the loss of his teenage daughter who, some fifteen years before the opening of the novel, was abducted and murdered in a small town in Normandy. Worse yet, the young man who confessed to the crime never revealed the location of the body, leaving the entire matter unresolved. When Philip returns to France—divorced, drained, and gutted of passion—he learns there may be a way to arrive at closure, though the path is steep and indirect.

I wrote Theory of Remainders for two reasons. First, I am interested in (and terrified by) the way insoluble losses accumulate over time—not just through crime, but also by the normal erosion of our existence. Everyone suffers loss: our lives are cratered by the disappearance of people we love. How one deals with the aftermath of loss—with the shreds that remain—is both intriguing and instructive.

Second, I’m fascinated by the way language is used as much to conceal our thoughts as to reveal them. Problems of communication are rampant in Theory of Remainders, and this is heightened in Philip’s case. As an American who came to French late—and who has been away from it for years—he struggles with vocabulary and grammar, stumbling often with his accent. His encounter with linguistic difficulty will be familiar to many Americans who wrestle with French, but it’s also significant that the book takes place at the site of a French-American encounter: Normandy. The town of Yvetot is near the path of the German retreat after the D-Day invasions. In this part of the country the past continues to surface in the most literal way: tons of old equipment and armaments, along with human remains, turn up during the plowing of fields every single year.

Short story writers around the world yelled a collective “yay” when they heard that Alice Munro had won the 2013 Nobel Prize in Literature for her work as a “master of the modern short story”, and I was one of them. Here, finally, was high-level recognition of the genre.

At heart, I’m a short story writer, but it’s a lonely road. Agents tell you that you need to write a novel to get published. Publishers (not all) say: “nice stories; we’ll publish them if you have a novel as well. Do you?”

I had two collections of stories and two novellas published before Sweetheart, a “novel” that has multiple points of view and which probably could be seen as a collection of short stories about a main character. In fact, the book started out as a short story until a friend suggested expanding it into what some people like to call “sustained narrative”. The writing took several years, but I still ended up with a slim book because I couldn’t force myself to continue when the characters had said all they wanted to say. Some critics, predictably, have said the book is too short.

Sweetheart won the 2012 Commonwealth Book Prize for the Caribbean region, and my hope is that this signals acceptance that novels don’t have to be 80,000 words long to merit the name. There must be scope somewhere for the short novel, written by perhaps a short story writer.

I am not sure just how Paris pulled its trick on me, but I have the distinct sensation that it nonetheless did. Actually, the story idea for City Limit came to me one extremely cold, rainy and windy July on the coast of Brittany. We were staying in an apartment about sixty seconds’ walk from the sea, and despite the weather we insisted on pretending it was a real vacation by going and sitting on the abandoned sand. To reach the waterside you walked through a kind of tunnel between two stone houses, and such passages somehow multiply the force of the wind and turn it into a localized typhoon. Once you passed through, the regular wind felt almost placid. Over the bay sat a heavy bank of fuzzy gray stuff which sometimes got rent apart to allow a peep of the opposite bay shore. Further along our side of the bay the waves drove against the sea wall like they were punishing the town for daring to exist. The water soared so high above the seawalls it splashed onto the cornice, or coast road. So I would insist on exposing myself to the elements, wind pounding into my eyes, and would run along the coastal footpath and jump into the 15ºC ocean just because a cove looked so pretty if only there had been sun to show its color. Finally, the wind won and left me with a nasty slap of uveitis, where the uvea of one eye inflames and you can’t open your eye for the pain. So I gave up ambitions for vacation and stayed in the darkened apartment. And there, somehow, like a bolt of the sunlight missing all along, came the story of the father and son living literally underground, in the very environment in which I spent part of my childhood.

Soon after, in Paris, I had to pursue this story. Paris compelled me. The uveitis, like conjunctivitis, had gotten so severe that the merest pinhead of light pierced with a hot sword into the eyeball. The eyeball felt so distended that, any moment, one last stray light beam and it would burst. So sitting up in bed in a room as soothingly blackened as I could get it, I had to write right out a first draft of this story. Something about Paris made me do it: Something about this reaching back into a part of childhood and people living in an urban environment almost as different from Paris as you could get and still be “Western society” drove me to do it. Although I had tried stories set in a related urban environment, they had not been driven; they had only come off as exercises, as if only warming me up for the real event when it came. This one, in that darkened chamber, being written by hand on paper I could hardly see, finally felt like the real event. It was finally shaping its own life out of the real one that was mine. Earlier we had been living in a part of Paris more truly urban than most of Paris, a quarter where people actually linger in the streets and talk and shout at each other and music from other hemispheres pours out of storefronts. Through all of that birds with colorful songs somehow manage to hop their way in and be heard. That quarter had the neighborhood liveliness that emerged from the pieces of childhood experience pouring into the story. But the part of town where we were when I started the writing was quite a contrast to that other quarter. It was quiet and almost culturally vapid, as if into that, living in utter darkness, I had to pour the fullness and richness of these neighborhoods I had known—even if those neighborhoods were the shocking opposite, in their absolute slender thread of mere survival which kept them going.

Without Paris and its contrasts to what I had known and what was coming out in this narrative, I believe the story would not have come out. It first emerged as a brief story—I hate to say “short story” because that denotes a form in which unity is achieved in a relatively short space. A few months later, long after the uveitis went away and I returned to light, again as though driven, I returned to the work and began expanding it. How Paris was pulling this act out of me I still am not sure, but I feel part of it has to do with the fact Paris is so deeply encrusted with its history, physically in its old existing structures as well as the very skeleton of how it is laid out as though uncoiling from its center in a giant escargot; it subtly stamps a form upon the chaos of your being an individual life. American cities, especially those with their unmysterious grids, have a harder time accomplishing this same magic of turning form out of chaos. It is as if the grids are constructed so as to bulldoze out any substance, any clay, needed to shape any such thing. This contrast in city types may be part of what draws many people working in such areas here. This story is about people living in a state of unrule, as chaotic and unformed as humans can get and still be alive. Paris is the opposite, the world’s great enclave of civilization and rationality. People are so well defined by the structure, they are not so much told what to be as nurtured into what they are. (Many people, no doubt, will protest that such big fraternal shaping is too much for the soul’s good.) Many Americans are drawn here perhaps to be inscribed with the structure that they cannot get back home. My stateside attempts not only at writing but at living kept going at erratic unfocused directions. This story—the one at the very heart of my life, arose out of the same sort of darkness in which I had lived and to which an eye complaint literally returned me—would never had come out with the type of forming needed so that anyone else can even make sense of the chaos in which it unfolded.

Scott Dominic Carpenter, Alecia McKenzie and Lantzey Miller will present their books and discuss being first-time novelists at the Library on December 11 at 19h30. 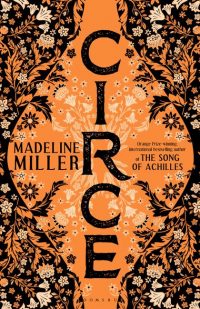