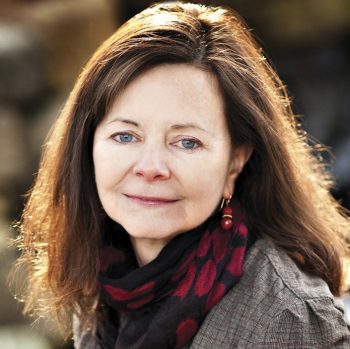 [This workshop has been CANCELLED. Refunds will be issued directly via PayPal. Thank you for your understanding.]
“Bringing Out the Dead:  How to create an authentic fictional voice.”
In her work as a historical novelist and as an award-winning journalist, Geraldine Brooks tries to find the missing voices.  Whether that meant seeking out marginalized minorities in contemporary war zones or unearthing lost narratives from the distant past, Brooks seeks to hear those who are unheard.  In this workshop, she opens her personal toolbox to reveal what she learned, whether on the streets of Baghdad or in archives, and how to apply that to create compelling characters that drive a narrative.
Geraldine Brooks is the author of five novels and three works of non fiction, including the 2006 Pulitzer Prize winner, March, and the New York Times Bestsellers, People of the Book, Caleb’s Crossing, The Secret Chord and the international bestsellers Year of Wonders and Nine Parts of Desire, which was translated into more than seventeen languages. For more than a decade, she  was a foreign correspondent for the Wall Street Journal, and she covered conflicts in the Mideast, Africa and the Balkans.  Born and raised in Sydney, she married the American historian and journalist Tony Horwitz in Tourrettes-sur-Loup. She now lives on the island of Marthas’s Vineyard and has two sons.
+ Google Calendar+ iCal Export