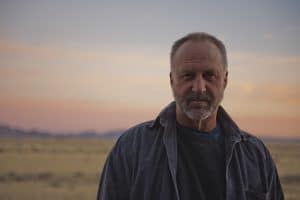 This year marks the 30th anniversary of the pivotal event that led to the fall of communism in Eastern Europe: the 1989 victory of Solidarity in Poland’s first free elections since the 1920s. For the next two years, Timothy Smith worked as an advisor to the new Minister of Finance, witnessing—and participating in—the country’s economic and political transformation. He captures that era of hope amidst uncertainty in his new literary thriller, The Fourth Courier.

Timothy Jay Smith is an award-winning writer of novels and screenplays. His first novel, A Vision of Angels, won the Paris Prize for Fiction. Kirkus Reviews called his novel Cooper’s Promise “literary dynamite” and named it one of the Best Books of 2012. Tim was nominated for the 2017 Pushcart Prize for his short story, “Stolen Memories.” He is the founder of the Smith Prize for Political Theater and lives in France.

A reception with light refreshments will follow this event.