Evenings with an Author: Richard Ford in conversation with Livia Manera

Richard Ford is a novelist, short story writer, essayist and journalist.  His work has won many prizes — in the US and abroad — including the Pulitzer Prize, the Prix Femina, The Princess of Asturias Prize and, lately the Library on Congress Prize for American Fiction.  He has long been published by Editions de l’Olivier in France.  He lives in Boothbay, Maine, with his wife Kristina Ford. 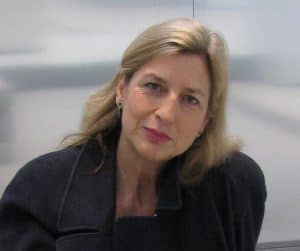 For his evening at the Library, Richard will be in coversation with Livia Manera, a literary journalist, writer and filmmaker. Since 2000 she has been a staff writer of the Italian daily Corriere della Sera, covering the world of Anglo-American letters. She is the author of a book of profiles of American writers (Non scrivere di me, Feltrinelli 2015) and of two documentary films on Philip Roth. She is now working on her second narrative nonfiction book. (Photo by Costantino di Sambuy)

This event will be followed by a reception– all are welcome to join us for wine and other refreshments. There will also be a book sale (but no signing), with books provided by The Red Wheelbarrow Bookstore.