Evenings with an Author: Peter Martin, The Dictionary Wars: The American Fight over the English Language 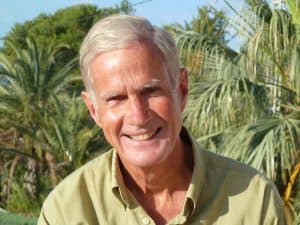 Noah Webster threatened the stability of the English language in America in the late 18th and early 19th centuries. His unorthodox and extreme reforms of spelling and pronunciation, both actual and intended, were hugely controversial for half a century and almost consigned his name and famous dictionary to the dustbin of history. My talk is about how he was prevented from achieving most of his reforms and what the American language might have looked like had he succeeded.

Peter Martin has published numerous books, including acclaimed biographies of James Boswell and Samuel Johnson. He has just published his new book, The Dictionary Wars: The American Fight Over the English Language. He and his wife divide their time between West Sussex, England, and Spain.