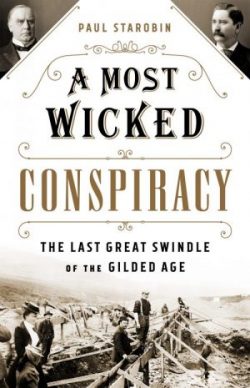 Join the American Library in Paris’s Evenings with an Author series on 7 April as we host author Paul Starobin, who will speak about his research for his new book A Most Wicked Conspiracy: The Last Great Swindle of the Gilded Age. Programs Manager Alice McCrum will draw on live questions from the audience.

In A Most Wicked Conspiracy, Starobin chronicles the influence and intimidation that shaped American history from the end of the Civil War to the turn of the 20th century. Alexander McKenzie, chairman of the North Dakota Republican Party, controlled his state’s legislature as news spread about the discovery of gold in Alaska. What comes after is a web of lies, a trail of bribes, and a timely lesson about how greed shaped Washington, D.C. and the tundra of the Far West. 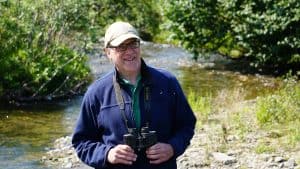 About the author: Paul Starobin is the author of Madness Rules the Hour: Charleston, 1860 and the Mania for War and After America: Narratives for the Next Global Age. A former Moscow bureau chief for Business Week and contributor to the Atlantic, Starobin has written for numerous publications, including the Wall Street Journal, the Washington Post, and National Geographic. His latest book, A Most Wicked Conspiracy, was published in 2020 by PublicAffairs.