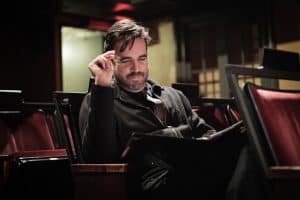 Emilio Williams returns to the American Library in Paris to unearth more surprising stories of the 7th Arrondissement. This time he will focus on the ghosts of some of our most scandalous former neighbors: from men of the cloth to night-hawks, from rioters to glamorous jet-setters and from Nobel prize winners to starving young artists. He will offer additional reading suggestions from the library’s collection, as well as ideas for unexpected walking tours.

Emilio Williams splits his time between Paris and Chicago, where he is a Writing Fellow and Instructor at the School of the Art Institute. He is currently working on a non-fiction book about the forgotten history of the 7th arrondissement. His award-winning theater plays have been produced and published internationally to much critical acclaim. In his previous life. as a journalist, he worked for CNN in Atlanta and Washington DC.