Evenings with an Actor: Denis O’Hare 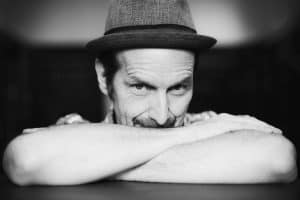 Denis O’Hare is an American actor noted for his award-winning performances in the plays Take Me Out and Sweet Charity, as well as portraying vampire king Russell Edgington on the HBO series True Blood. He also starred as Larry Harvey in the first season of the FX anthology series American Horror Story, for which he was nominated for a Primetime Emmy Award for Outstanding Supporting Actor in a Miniseries. He returned to the show in 2013, playing Spalding in American Horror Story: Coven and once more as Stanley in American Horror Story: Freak Show, the latter for which he earned a second Primetime Emmy Award nomination.

Denis is also a playwright, with his most recent work (co-authored with Lisa Peterson) being An Iliad, a modern adaptation of Homer’s classic Greek epic. The play will be available for sale after the event, courtesy of the Red Wheelbarrow.

For his evening at the Library, Denis will be in conversation about his work and career with Elliot Rambach. Elliot has worked in public broadcasting in the United States and Ireland, and his stories have aired on public radio stations throughout both countries. More recently, he was an associate producer of audiobooks for Simon and Schuster, and he currently works at the Member Services Desk at the American Library in Paris.

Evenings with Authors and other weeknight programs at the Library are free and open to the public (except as noted) thanks to support from GRoW @ Annenberg, our members, and those who attend programs. There is a suggested donation of ten euros for non-members.