A Night at the Movies with Judith Merians: To Kill A Mockingbird 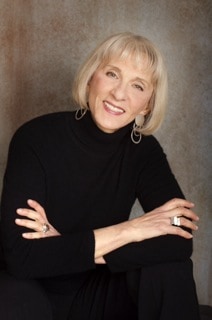 A NIGHT AT THE MOVIES with Judith Merians

What makes a movie a classic – a universal theme embodied in the perfect cast with the director’s deft touch. To Kill A Mockingbird is a classic that still resonates today. It is on every list of top American films and top American novels. How did the filmmaker turn the words of this novel into pictures? A Night at the Movies will compare excerpts from the book with scenes from the film version. Judith Merians, a Hollywood studio executive, literay agent, and film professor, will discuss the visual and aural techniques, the locations, set designs, costumes, music, and casting choices employed by the director and all the creative personnel to relate a tale true to the novel but with few words. And to add to the enjoyment Judith will fill you in on some of the behind-the-scenes history of the evening’s film including why Spencer Tracey was almost Atticus Finch. Imagine the difference!

Judith Merians has had over 30 years experience as a Hollywood studio executive, film production attorney, literary agent, and professor of cinema. She has been an adjunct professor at the University of California, Los Angeles Extension Film School, Film Akademie Baden-Wurttemberg in Germany, and Donau Univsersity in Austria. She has presented conferences on film and music in several countries. She has also had multiple articles on fiilm and intellectual property rights published in the US, Canada, and Europe. Judith currently runs career development workshops and provides individual career coaching for people working in the film industry.

Judith will also be hosting a workshop at the Library on Saturday 25 May (advance registration and payment required): https://americanlibraryinparis.org/event/visual-storytelling-workshop-with-judith-merians-stories-for-the-screen/