A Film Screening with Xiaolu Guo– UFO In Her Eyes 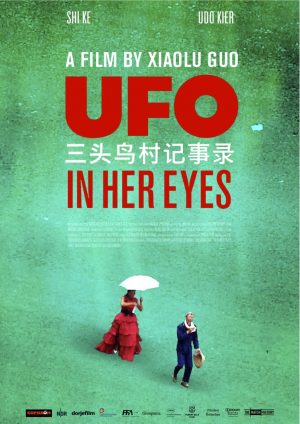 Please join us for a screening of author and filmmaker Xiaolu Guo’s UFO In Her Eyes. Xiaolu will join us for this event and will take questions on her work. 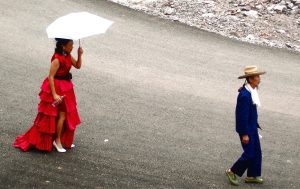 A Chinese peasant woman one day claims she has seen a UFO, and from that day on, the world turns upside down. A Beijing Police officer arrives in the village to investigate the UFO sighting. The village’s collective portraits are depicted through his point of view and their tragic destiny unfolds. What kind of future do the villagers really face, what is in store for China? The film is a metaphoric political satire on post-Mao era China.

Currently a Fellow at Columbia’s Institute for Ideas & Imagination, Xiaolu is the author of several award-winning novels in Chinese and English, including A Concise Chinese-English Dictionary for Lovers, written in broken English during her early years in the UK and shortlisted for Orange Prize for Fiction 2007. Nine Continents appeared on the Costa Book Awards shortlist and won the 2018 National Book Critics Circle Award. Her films have received numerous prizes, funding, and support from major European festivals and institutions.